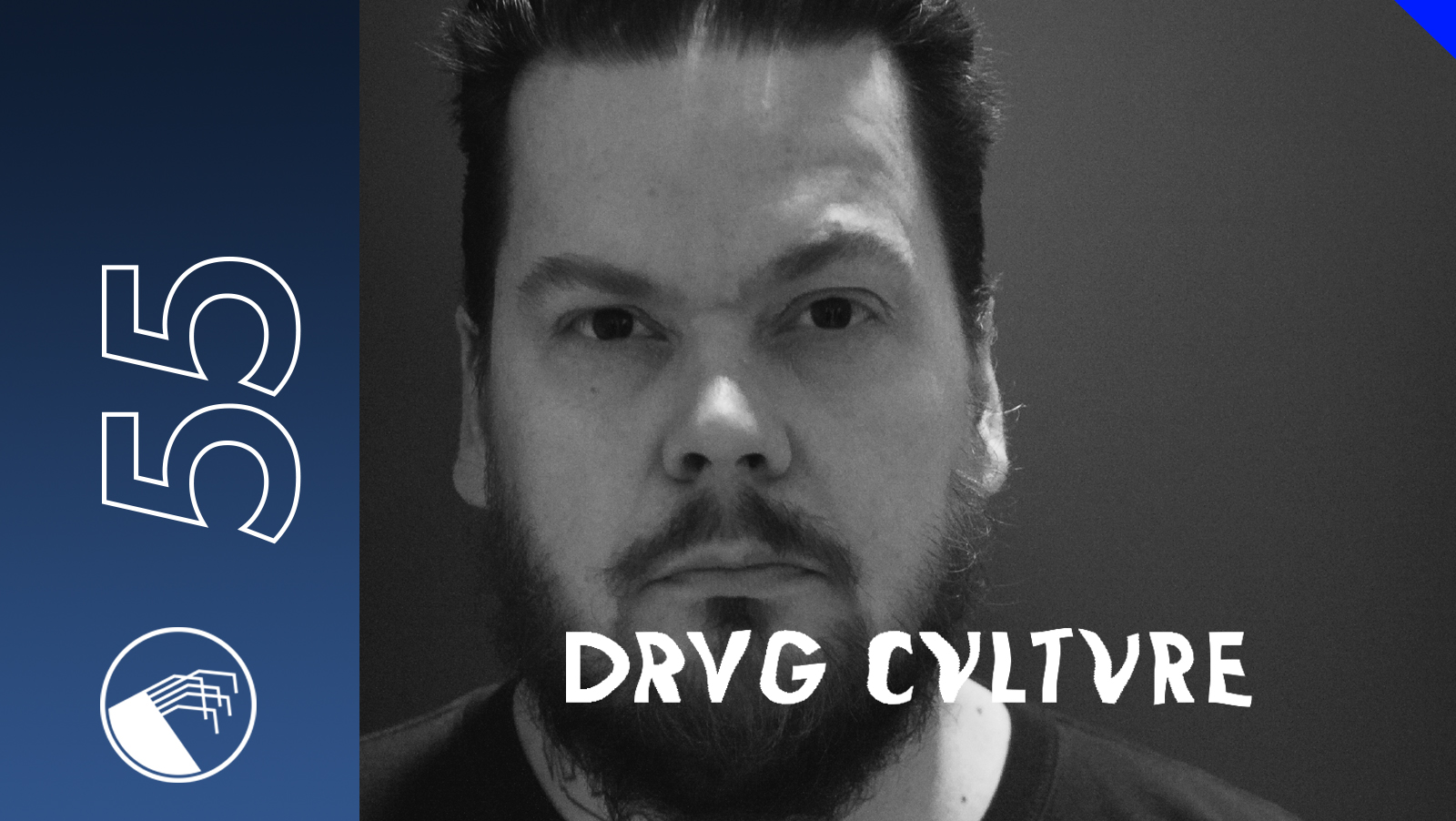 Welcome to listen the 055 by Drvg Cvltvre.
Since 2009, Vincent Koreman a.k.a. Drvg Cvltvre has been working on his own blend of dystopian acid, no wave and experimental house. Koreman is a highly productive producer, often offering his new tracks for free download on his soundcloud page before they get signed by labels. Respected in the international underground for his groundbreaking work as RA-X in the 90's on labels like Bunker and KK Records, Drvg Cvltvre comes from a DIY punk background, opting for hard work rather than hollow pose.
His recent releases include the well received 2012's R-zone #1 on the respected Creme Organization, an untitled 10" on Porn Wax which instantly got dj support from John Talabot, Trevor Jackson and Cottam and the recent 12" 'American Psychosis' on Shipwrec, which was made The Guardian's track of the week. Out now are a 12" on Permanent Vacation, a 12" on Signals and American Psychosis part 2 on Shipwrec, with another 4 releases coming up on M>O>S> Recordings, Rave Or Die, Danny Dazes Cybertracks and Flight Recorder
Drvg Cvltvre's tracks take the speed down a notch to emphasis on the heavy-ness of sound and using the space left between the pounding kicks to build melancholic melodies that seem to grow out of or evaporate into thin air. A blend of dark techno and deep house with lots of room for experiment influenced in equal parts by Suicide, Sun Ra and Terrence Dixon.