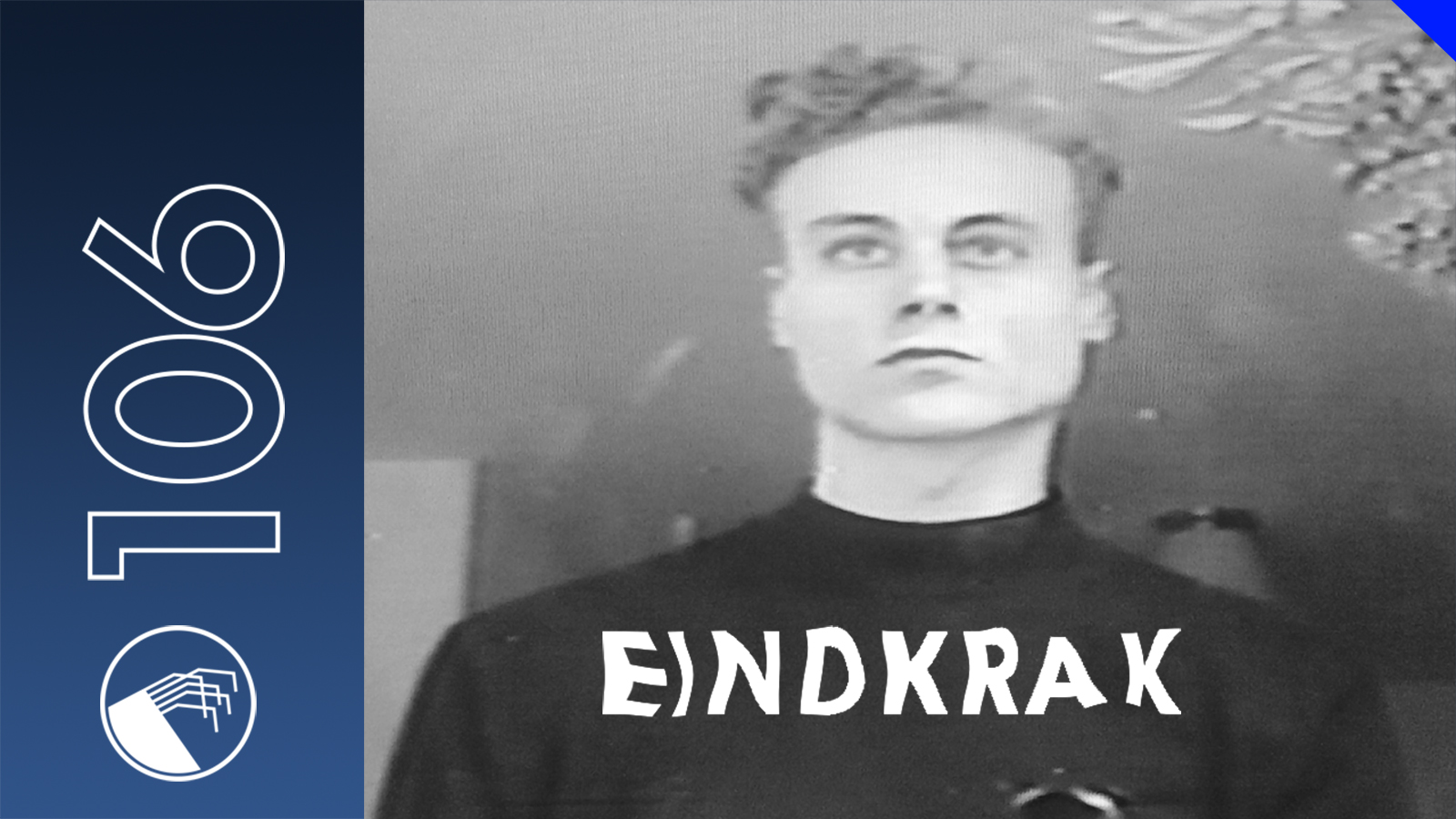 There's this guy who some might have not yet heard of. If that's the case, now's the time to pay attention. He had been sharing music online under different monickers for a while now. Some of Eindkrak's stuff is now released on the Berlin label Unknown Precept. Beau Wanzer is a huge fan of his, so then it must be good. Yes, no pun intended. Humor however, is Eindkrak's driving force. With his latest project Raum-Zeit together with Toni Quiroga they only keep elements in their tracks if it made them both laugh. They released on Amok tapes this summer, yet they recorded their upcoming one two weeks ago. Songs of that forthcoming one can be heard all throughout the mix. Elements of absurdity are indeed heard all throughout it too. Not all caused by Raum-Zeit, yet obviously thanks to Eindkrak for making this curation of sounds from likeminded minds. Like Maoupa Mazzocchetti and Beau, but also - an either previously unreleased or untitled - Le Syndicat from '83 that will be released on Contort Yourself fits in perfectly into the absurd ordered chaos. It's like having this trip or pleasant nightmare, where a vague giant purple dwarf sometimes gives some directions of what to observe in your mind or this other dimension next. And if at some point while listing to this mix you hear a small kid - who's playing somewhere outside in your neighborhood -doing a perfect imitation of a howling wolf, it will feel metaphysically divine and fit scarily perfect in its absurdity.
This mix actually contains mainly forthcoming and some maybe never to be released material by various artist. Murray CY, IXVLF, NGLY are a some of whom we can look out for. "Keeping eyes on the labels Knekelhuis, Contort Yourself, L.I.E.S. & Unknown Precept is always a smart thing to do for body and spirit. Anyway, enough with the commercialism, back to Eindkrak, in his spare time he studies mathematics and physics at the University of Amsterdam. And apart from all his already named and unnamed projects, he also is part of a classical choir. So enjoying this mix in Minkowski space seemed highly appropriate.