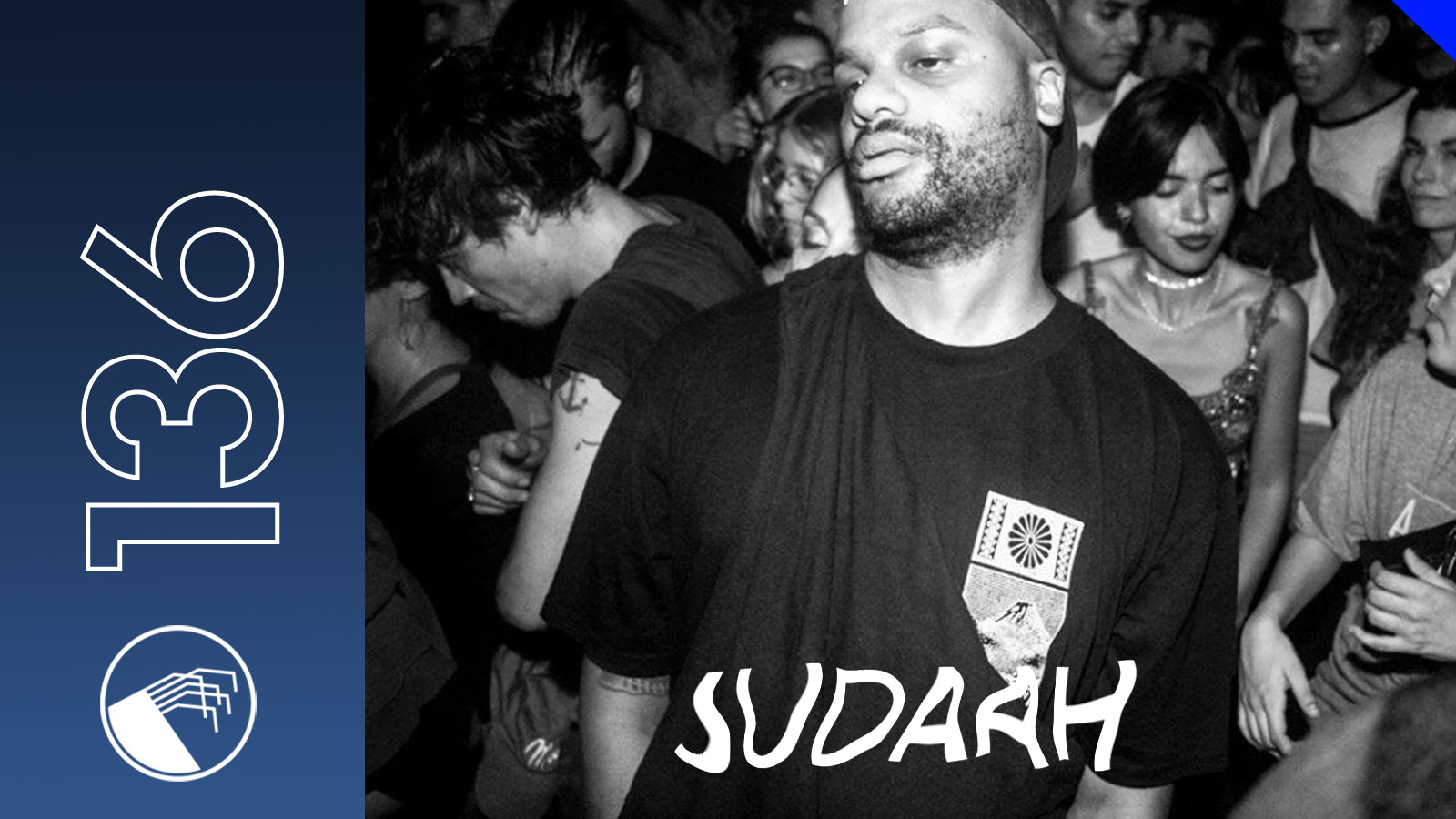 New edition of our podcast series belongs to the head of a big French family Brothers From Different Mothers, brilliant DJ, music programmer, booker and simply one of the kindest man on Earth, Marseille-based Marc Guilaume more known as Judaah. We asked him a few questions about his roots, all current activities and a rising scene in Marseille.

DT: Where did you record this podcast for us?

MG: At Lyl radio in Lyon, shouts to Lucas & Simon!

DT: Are you doing it in one take usually? How long does it take to record a mix?

MG: No usually it's a big nightmare for me, I hate to do that. I don't know why but all the time I have kind of stress, pressure, it's something psychological, I think it's because I know people will listen to this, and some of this people are really critical about your way to mix, your transitions, etc. I know it's just bullshit.

DT: Do you remember your first love in music?

MG: Yeah, I used to listen to a lot of different stuff when I was a kid, a lot of hip-hop, French rap too. It was my cousin who gave me all the cool stuff like NTM, Les Sages Poetes de la Rue, Arsenik, Dr Dre, Kurt, Tupac, Outkast. When I grew up a little (it was around my 14-15), I started to listen to a lot of reggae and dub, like Lee Scratch Perry (he is the master!) or King Tubby, a lot of roots stuff (Pablo Moses , Hugh Mundell) dancehall (Mad Cobra, Buju Banton, Ninja Man).

DT: How long are you DJing? How did you get started?

MG: I started with 7 inches of reggae stuff when I was 19 or 20. Then I played a lot of shit house. Luckily, my taste started to change when I discovered labels like LIES records, TTT, Mathematics Recordings.

DT: Do you ever get nervous before you go on stage? If so, how do you deal with this?

MG: Yeah, sometimes, especially on little gigs, I don't know why. In this case, I ask a big glass of white rum and after that all is good.

DT: Is there anything you don't like about being a DJ? What is the hardest part of DJing for you?

MG: Maybe the fact to play alone without your friends, sometimes it's hard when you have a gig at someplace where you don't know anyone, especially when a promoter is an asshole or boring. This is the reason why I prefer to do a showcase with my label.

DT: About your label, where did the name "Brothers From Different Mothers" come from?

MG: It's simple, for me, music is all about sharing. No matter who you are, where are you from, what is your gender or religion. We are all brothers and sisters. Unity is the only one thing that's important, the rest is bullshit.

DT: How do you choose artists for your label?

MG: It's all about the feeling. I meet all my guys before each release, it's important to see if we have the same spirit, the same motivations. And it's interesting to communicate with each other, we can learn a lot of stuff from each other.

DT: You run BFDM since you moved to Lyon. How was the scene there back then and how it is now?

MG: Lyon was really lit between 2012-2017. There was a lot of cool parties, good energy, motivated people. It was different from big cities like Paris, London, because all was new for Lyon. We had space for everyone, but all good things come to an end. When some people started to understand the business around this industry, easy money, it was the end of the creativity. But there are still few good collectives in this city - Inside, Macadam Mambo, Lyl, Groovedge, Melodies Souterraines, Chez Emile, D104, Tunnel Visions etc.

DT: Do you still live in Lyon?

MG: No I'm in Marseille now, big city of dreams.

DT: And what Marseille lacks in relation to music? What is it missing and what would you change?

MG: The electronic scene is really young in Marseille, the south of France have a big Heritage with tech house, but things start to change. The city now in a big change about the mentality, the opportunities, the quality of life too. The rent is really cheap, it's a sunny city, we have the sea, views are beautiful, the rum is cheap too. I see a really big potential, Marseille reminds me about Lyon 6 years ago. This is the next big city in France, trust me.

DT: What's going on in your life now? You mentioned a new job. What is it about?

MG: Yeah, I worked as a musical programmer when I lived in Lyon, but for several political decisions, the project was compromised, so the team choose the other city, Marseille, for the project. Unfortunately same things here, we have the authorization of the city, the metropole, but the security commission block the project and we don't know why. It seems to be some political bullshit, you know, it's the same things all the time. The politics take in hostage cultural spaces. Our project is not completely dead, but it's complicated.

DT: I know what you are talking about, it's the same in many countries now. Can we do something to change it? Any thoughts?

MG: It's difficult, maybe it's a question of age. The old generation doesn't really like changes, they are old-fashioned. And these old people often guide institutions, politics, they want tranquillity, and they scared of the innovations. The only solution it's to fight against it and never give up.

DT: Do you have a big music-related dream?

MG: Bring Lee Scratch Perry on BFDM before he is dead, this man is a legend.

DT: He seems like a very important person for you. Have you ever met him? Or maybe attended his show at least?

MG: No I never meet this man, but it's a big inspiration for me. He had a really shitty life, he was underappreciated, but he never gave up. Not many people know that, but he was the first man who produced The Wailers (the band of Bob Marley). I do the same thing with The Pilotwings. I discovered Louis and Guillaume, I'm a kind of their Lee Scratch Perry and they are my Wailers.