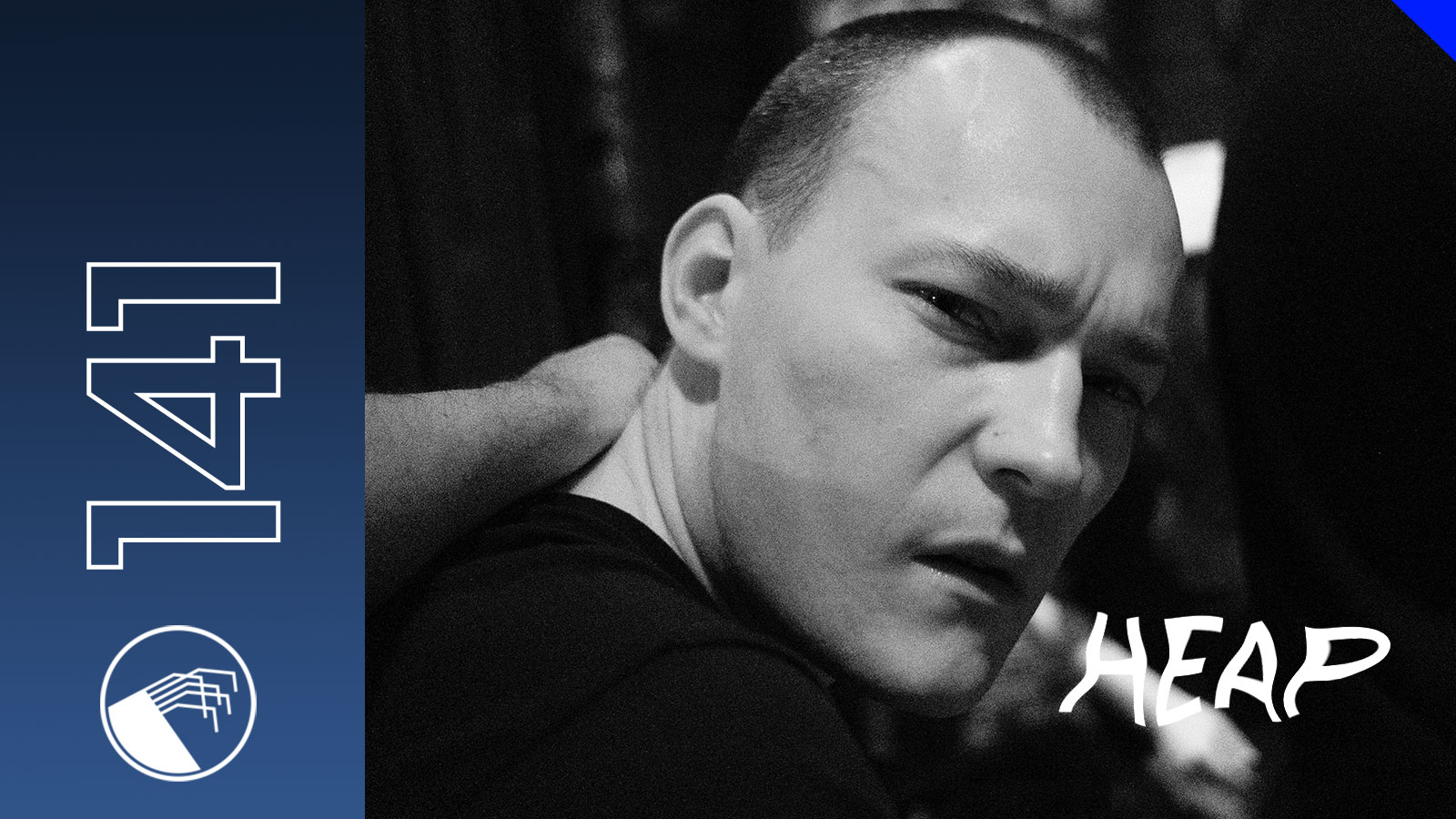 This weeks podcast comes from Austrian native Florian Stöffelbauer, more known to our audience under the name of Heap, who now lives in Munich, Germany. Among usual DJ's activities like playing at clubs or doing radio shows Florian is a co-founder of two quite new but very promising record labels 'Neubau' and 'Wiener Brut'. Also, he runs one of our favorite music shops (or should we say 'boutiques'?) with the small but very carefully selected online shelf full of rare records and weird jams from more or less known, but underground labels. Here is out small talk about his life and passions.

DT: Where and how did you record this podcast for us?
FS: I recorded the mix at my friend Bocksrucker's place when I came to Vienna for a gig around NYE. The mixes I do are recorded in one take, but before I press the record button I spend quite some time to arrange and choose the tracks. Also, I always try to find the perfect timing for mixing two tracks together.

DT: Do you remember your first love in music?
FS: Yes, this was when I played my drum set for the first time after practicing on a drum pad only for several months. Then when I moved to Vienna, I felt like I need to compensate the fact that I couldn't bring my drums with me. So I started DJing. It was around 2013.

DT: Is there anything you don't like about being a DJ? What is the hardest part of DJing for you?
As a DJ I don't like being in the focus, I think a DJ in a club should just be the guy who plays music. He or she should not be on a heightened stage shielded from the audience. I had my best experiences with DJing when I was on the same level with and very close to the audience. In this case you can really feel the people's energy and it's easier to really connect with them.

DT: Are you picky when it comes to an equipment? What's your favorite mixer?
FS: Well-serviced and fully functional equipment is an important part of a DJ's performance. So I would say I'm picky, yes. Of all mixers I have tried out so far I probably like a RODEC MX180 the most. It was shown to me by my friend Ron van de Kerkhof.

DT: Do you ever get nervous before you go on stage? If so, how do you deal with this?
FS: I'm always nervous because I have very high demands on myself. I want to do everything in the best way possible. Though, most of the time after the first two or three records I'm not nervous anymore.

DT: What's going on in your life now?
At the moment I'm digging for records in Munich a lot, trying to set up everything for the upcoming Neubau/Wiener Brut releases and working on some remixes and own productions.

DT: Why did you move from Vienna by the way? And why to Germany?
FS: I felt I had to take a break from Vienna as every day was starting to feel the same over and over again. I made a choice in favor of Munich because my girlfriend moved there too.

DT: How do you choose artists for your label?
FS: Whenever we receive music we are into we discuss putting it out on the label. It's all about the music and not about big/small names. So I wouldn't say we pick artists at all.

DT: Why Neubau?
At the time we started the label me and my label partner Simon were both living in Vienna's Neubau district. It felt natural to choose this name for the label.

DT: What's next on the schedule?
We got some very interesting stuff lined up for both Neubau and Wiener Brut. On Wiener Brut there will be an album by Austrian funky synth-wavers In-Seit out soon. For Neubau we will soon upload the snippets of the upcoming two releases from Alexander Arpeggio and Gil.Barte.