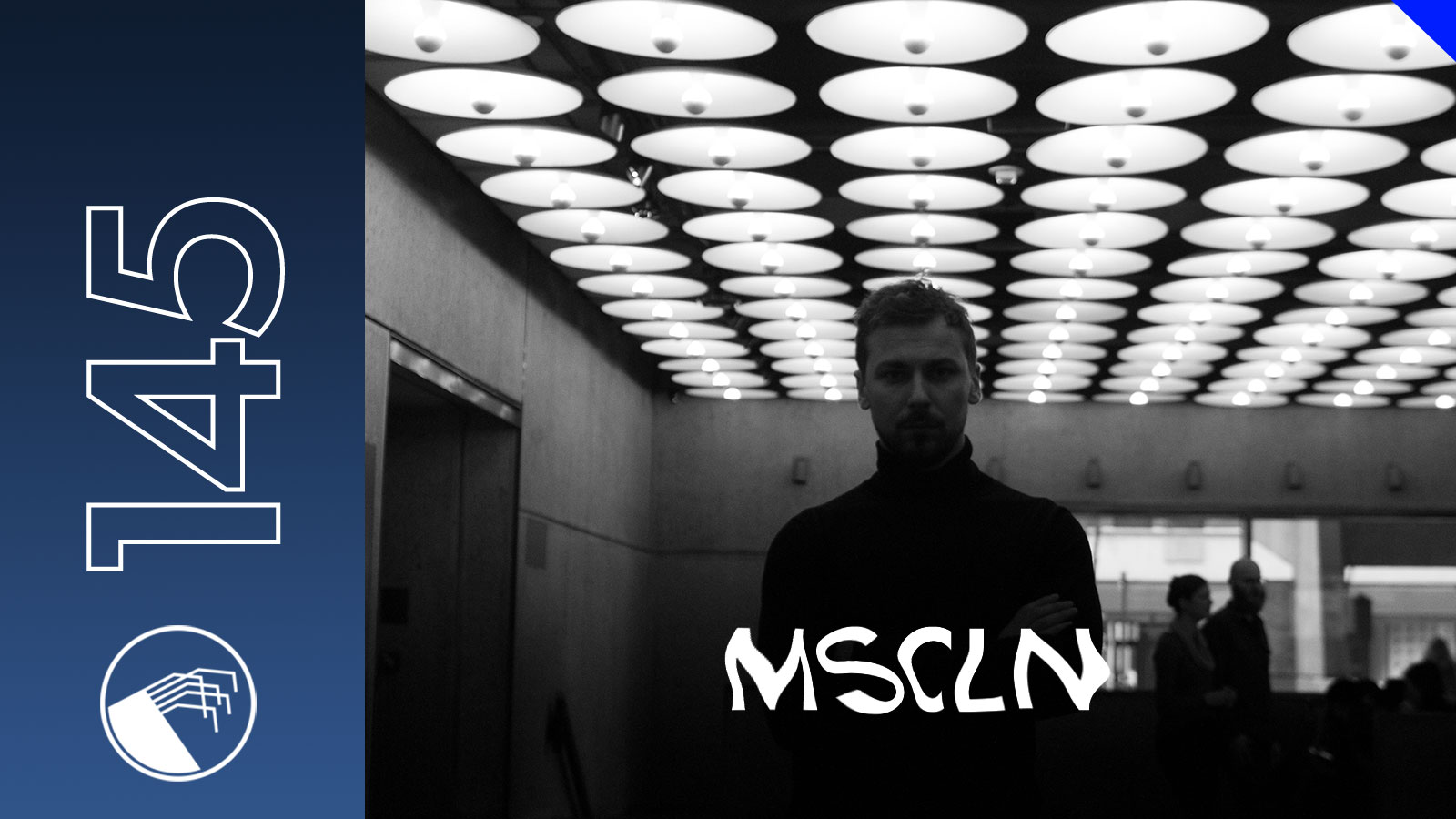 It is always a pleasure to shed some light on an invisible nightlife heroes and to introduce them to a wider audience. Most of the time they do the biggest part of the job but write their names on the very bottom of the poster using the smallest possible font. Andrius more known to New York party goers under the name 'mscln' is one of those. He is a regular on the local Lot Radio where he invites a lot of his friends to participate in his show. Also, after moving to New York Andrius is responsible for the series of events called Rhythmic Discourse, one of the few with the best guests selection.

DT: Some of our listeners might be not familiar with you yet. Could you Introduce yourself, please?
A: My name is Andrius, I'm Lithuanian (well, actually, also half Ukrainian). I live in New York, Upper East Side, far away from nightlife hot-spot Brooklyn. At the beginning, I really hated it, but now I think it keeps me from attending too many events and forces to be more selective and productive at my actual work. And my work is really demanding, I am scientist at one of the biggest NYC hospitals, I do research on breast cancer and hold PhD in Biochemistry and that is the reason I live in Upper East Side, it's very close to my work.

DT: How did you end up living in NYC?
A: I first visited NYC in 2013 for sightseeing, that visit basically destroyed all stereotypes I had about this city, it was very eye-opening. I came back in 2015 and enjoyed it as much. It is a place where you can really feel free and accepted the way you are, no matter where do you come from and no matter how weird you are. After spending 6 years in Copenhagen I felt it's time to move on, for some reason I never got cozy in that cozy city. I thought about moving back home to Lithuania and will eventually do so, but living in NYC was something I really wanted to experience and I am enjoying it so far since spring 2016, so I'll probably stick for a while.

DT: What the city lacks in relation to music compared to Europe? What is it missing and what would you change?
Regulations for nightlife (clubs and venues) are way more strict here and local authorities seem to be less cooperative and open-minded. NYC just got rid of this ancient racist cabaret law, I don't want to go into details, you can read about it, but basically any venue that wouldn't hold cabaret license, should not have people dancing. It was impossible to obtain this license, therefore local authorities could close a club just when saw people dancing, that's it.
I also find some people takes it for granted believing that just living in NYC simultaneously provides them with best selection of music worldwide (because NYC offers best art, food selection and etc.) and I also experienced some arrogance towards Europe: "Detroit is Techno capital and birthplace, Berlin just tries to copy it" is a traditional joke you'll hear around. I mean, forget techno, the colorfulness of electronic music, that Berlin has to offer right now, might just be bigger than all US combined (sorry if a bit exaggerated).
When I first started to throw parties, I really believed there is a niche for the sound that I'd like to offer, but at this moment I don't know if there is a big demand and I am not even sure if just music thing is enough to make people come out, perhaps you need something a little bit extra to make people interested and excited in NYC, but then I am not interested in anything else than music.

DT: And what's going on in your life now in general?
A: Professionally: I am trying to finalize project that I have been working whole year, but it will probably take me at least another year to finish it.
Music wise I don't have much expectations, I hope people won't hate my DT mix tho, I think this is the biggest accomplishment for me in this field by far.
Personally: I just moved-in together with my girlfriend and I'm keeping my fingers crossed.

DT: How long are you DJing? How did you get started?
It's hard to tell where is a line when one could be called a DJ, I don't think I would call myself a DJ, but I bought my first setup (Pioneer CDJ200s and Ecler Nuo2 mixer) around 2007 or 2008, but DJing thing never really took off, especially when I moved from Vilnius to Copenhagen in 2010. I probably really got more into DJing when a friend of mine convinced me to buy turntables in 2014, that's when I really gave it a shot. Funny story is that I played my first gig at probably best club in Lithuania, Opium. That was end of summer/beginning of autumn 2015, I was 30, it was packed and I sucked.

DT: Do you your own hero in music?
A: I listen to tons of podcasts, mixes and other recordings every day, therefore I am definitely influenced and inspired heavily by environment. I also think that my music taste changes fast, however some of my friends could probably describe me as stubborn and perhaps ignorant for not liking some of "obvious favorites". But no, I am not my own hero in music, I enjoy and credit others for playing incredible music that I only wish to know and have.

DT: Do you have a big music-related dream?
A: If anything, I'd be more than happy to have a stable audience of ~50-60 people, that would have the same interest in music and come to parties regularly, also to have "residency", where I could build this crowd would be really cool. I do not like big events, big venues, ideal party for me shouldn't contain more than 150 people in the room, it has to be something intimate.
I do not have a dream to become a touring DJ, have my own label and have no intentions to start producing music, if one of those things happens, it would be something what naturally occurred and was not pushed for.


DT: What drives you to do what you do?
A: Stubbornness, I've lost way too much money and put way too much effort on trying to organize those events. I believe every guest I invite and every party that I throw is the last one, but hey, look at me, come April 20th there will be another one. And I'm definitely not the only one, perhaps knowing there is a bunch of friends alike in NYC and some other US cities holds me back from stopping, we support each other and future looks brighter.