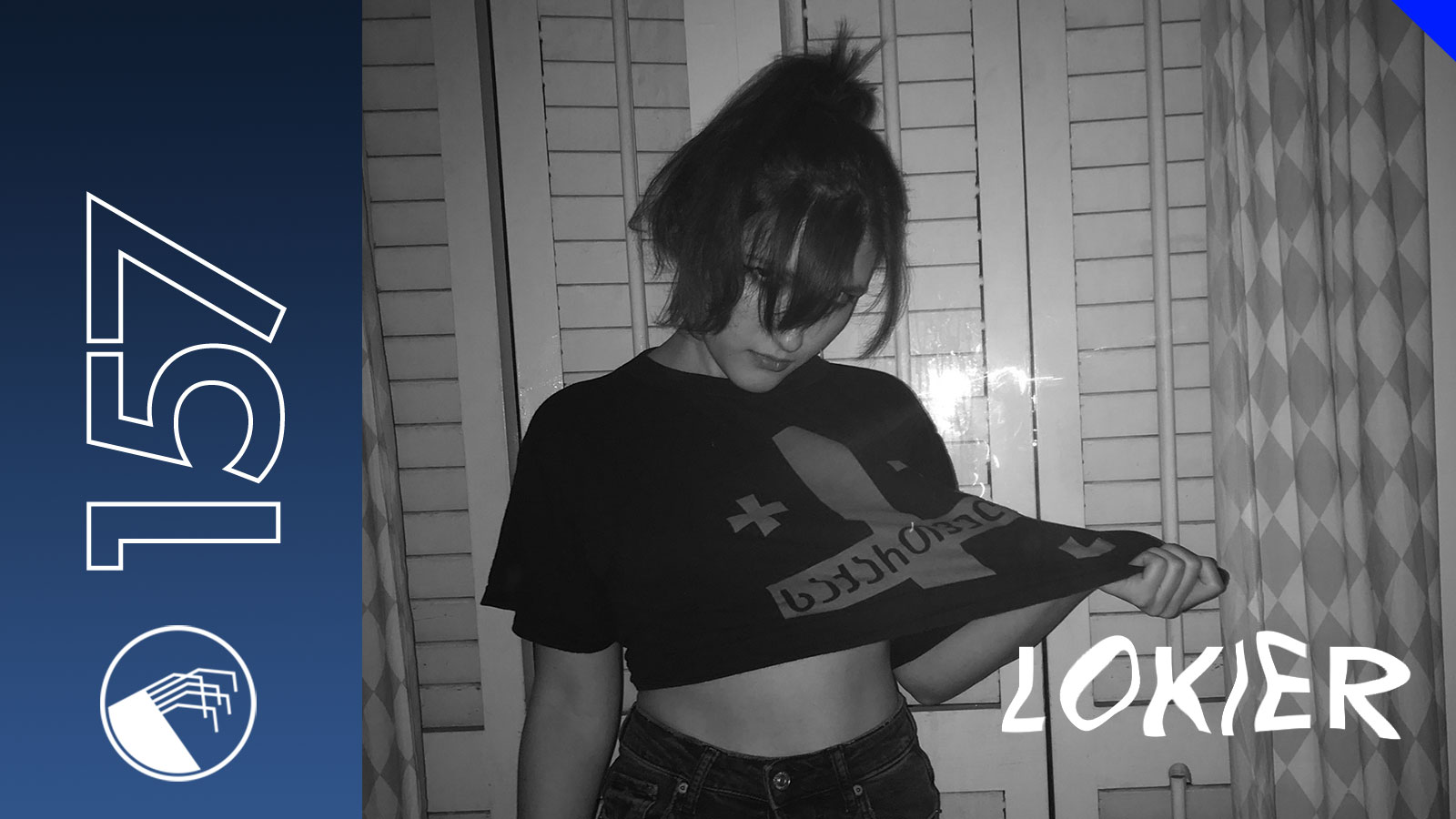 Mexican born Yoan Rodriguez Lokier started DJing when she was 21 years old at illegal raves in Mexico City. Following an online friendship with Spanish born DJ Morgan Hammer and looking for fresh avenues to share and explore her music, Lokier moved to Barcelona in 2015. Currently residing in Berlin, Lokier's music exudes b-movie horror aesthetics, subterranean kicks and jagged, blacklight spattered basslines whilst featuring some of the sharpest claps in the business. With a recent release on Rotterdam's Pinkman and gigs throughout Europe we managed to swap text based symbolism with the ascending DJ and producer.

DT: You've been producing music for a long time, your first release was on Mexican label Disque-Discos way back in 2012. Can you tell us what drove you to start producing music in the first place?

LK: I've always been surrounded by music since I was a kid. I used to take piano and guitar lessons with my family and as a teenager I worked with rock bands for a while. I don't know why, but growing up I saw music as something far away from me, unreachable in a way. Then, when I turned 21, my group of friends were all producers and I was very curious about what they were doing. I started observing and asking a lot of questions and then I started experimenting in my bedroom and eventually it worked out. I never thought I was going to put music out to be honest. Initially I just did it for myself.

DT: Could you discuss some of the challenges you faced as a beginner back then and how you overcame them?

LK: I still have challenges, they never stop! You have to investigate, try and fuck stuff up. That's the only way to learn. The very worst thing is not to try though because you'll always regret it.

LK: It's really hard for me to listen to the music I produced in the beginning because I don't feel like it's me any more. A friend once told me you have to accept that because I wouldn't be the person I am today without it. I do think though I've always been inspired by weird, melancholic music so I guess I've always had that in me and it runs through my work.

DT: In previous interviews you would talk about how people in Mexico City could be unreceptive to your music. Are you able to share any of the reasons why you think people were unappreciative of the records you played back then?

LK: I was probably playing for the wrong crowds to be honest, maybe I was lost. I'm very happy to go back home now and discover amazing producers and DJ's I didn't know before moving out to Europe.

DT: We were speaking to Retrograde Youth a couple of weeks ago, and he mentioned that the internet had helped people to become more receptive to newer forms of electronic music. Is this something you recognise in your own story?

LK: Yes I agree. Some people say you have to move somewhere else, like Berlin to discover new music and to become a better artist but to be honest I think that's completely unnecessary nowadays. I was recently speaking to my friend Josue from Young Drums and I was telling him how impressed I was with all the music he's managed to collect. He lives in a small city in Mexico and probably knows a lot more about music than myself and many other people I know.

DT: You've been DJing for over a decade now, when it comes to choosing music for your sets what is it about a record that makes you go 'wow', makes your skin tingle and think 'yes that's one I'll have on my turntables'?

LK: It's hard to say. I like being surprised, I also like music that has emotions, or tells a story in a way. I have this weird thing where I cry whenever I hear a specific note, I've read some people have that. I can go to a classical concert and end up in tears. I will probably love the music if it has that note, although I still haven't discovered which one it is...

DT: You've been living in Berlin for the last year or so. Has the environment and 'feel' of this city had any effect on your creative output? I imagine its quite a different to Mexico City and vibrates at variant frequencies to Barcelona for example.

LK: It has affected me for sure. In Berlin there are so many things happening all the time that it can be too much sometimes, overwhelming. On a more personal level right now I feel a lot more free and in control of my life and that can be reflected in my music I think. I love Mexico but it made me feel like I was restricted all the time... Maybe insecurity has something to do with that. Barcelona was very inspiring and made me feel very comfortable since the beginning but I needed something more. I change a lot all the time and I'm always looking for something new to learn. So far I think Berlin is where I've found more variety and new things to discover each day. It's also giving me the energy I need to keep moving I think. The excitement is contagious.

DT: When I look around the electronic music landscape today, as opposed to a decade or so ago, I see more faces, names and histories representative of cultures from outside Western Europe and North America gaining recognition. Do you agree with this assessment, and if so do you have any thoughts or speculations on where this might lead us in the future?

LK: Yes I guess so, probably because of the internet as well. I see this as a big family that keeps growing and expanding with time throughout the world and that's a really nice feeling.

DT: You've just released the solid EP 'Fighting The Past' on Pinkman, what's next for Lokier, any future endeavours planned you can share with us?

LK: For now I have a few remixes coming out soon but I'm not sure if I can say where yet! Also I'm going to start working soon on a new EP or maybe an album for next year we'll see :)