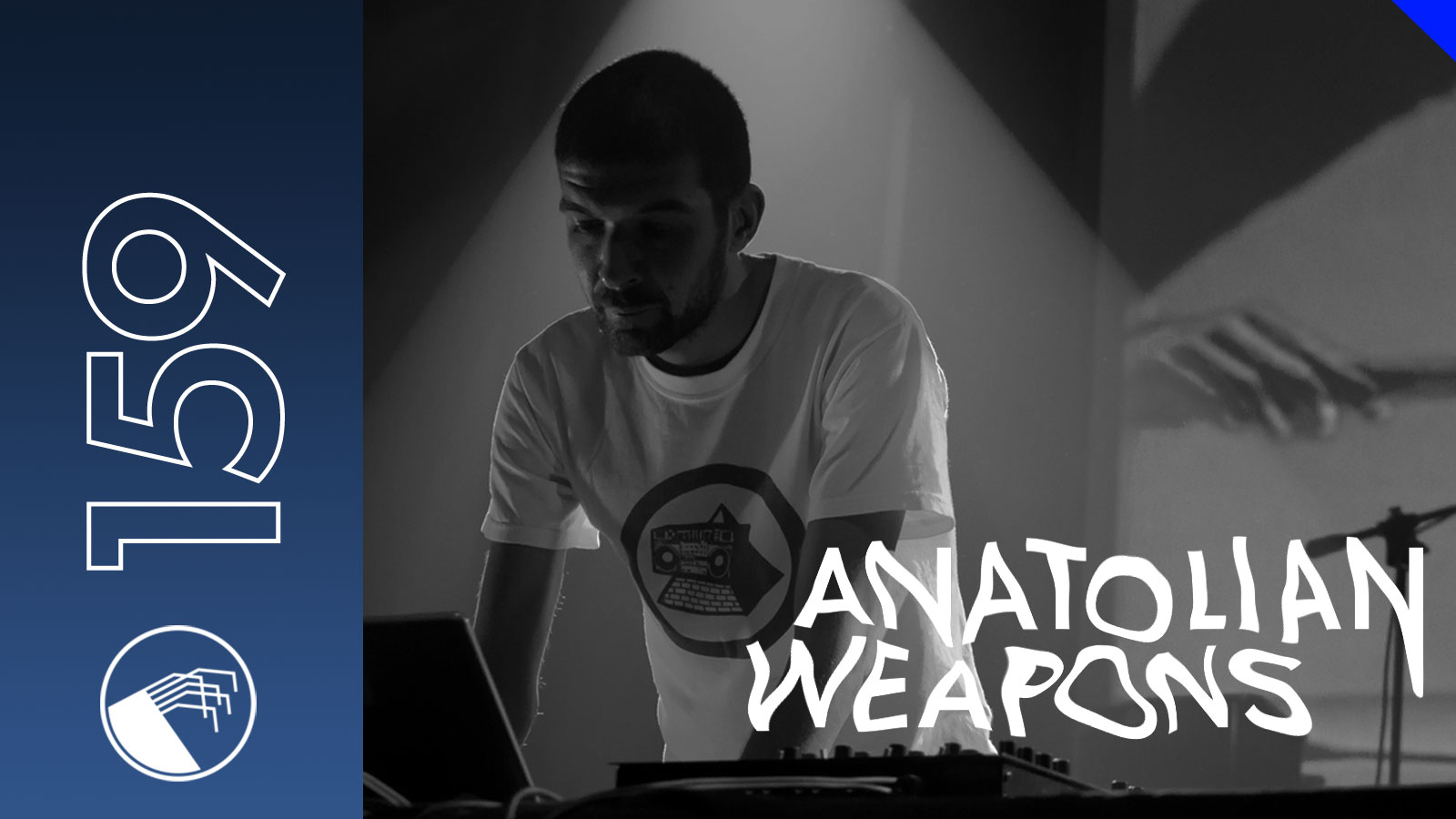 Our latest podcast comes courtesy of Anatolian Weapons, an extended trip through contemporary underground electronic sounds combined, layered and re-represented with his own unique flavour. An artist with a considerable discography, Anatolian Weapons is the latest pseudonym of a producer unafraid to take influences from a range of sources in the ongoing realisation of his own sound. We had the opportunity to ask Anatolian Weapons about his background, his approach to music and his recent release on Dekmantel:

DT: Its a common question, but there’s very little information available about you on the internet: could you tell us a little bit about yourself, where you grew up and how you became involved with music?

I was born and raised in Athens, Greece and I experienced my first true moment of personal freedom when at age nine I took the train down-town without telling my parents and bought my first record. From that day onwards any money I had was spent buying records. Music was around me anyway, my father had a record shop and he used to play Italo hits in the car. My parents were really young when they had me and we had some fun times, I even remember a lot of evenings at the local disco.

DT: You’ve been creating music for a long time with releases going back to 2007. One of your earlier production aliases, Fantastikoi Hxoi blends traditional Greek music with contemporary electronic sounds. Why did you choose to blend these two forms of music in your own work?

AW: It just seemed natural to draw from my heritage in order to create, Greece is a melting pot of Balkan, Anatolian and Mediterranean sounds. Some traditional forms of music are truly beautiful to me, such as the polyphonic music from the region of Epirus.

DT: You music has an ethereal, timeless and heavily psychedelic quality to it. It manages to sound contemporary and wonderfully pre-historical all at once. Who (or what) do you see as the primary influences on your DJing and production styles?

That's a great compliment, thanks. My influences have been drawn from psychedelic music across many decades: krautrock, cosmic, library music. For DJs I would say the rough style of Ron Hardy and the cosmic greatness of Beppe Loda. From my contemporaries I like Vladimir Ivkovic, Lena Willikens, Alexis Le Tan, Phuong Dan, Traxx, Carlos Souffront, I-F, Intergalactic Gary, Mick Wills.

DT: When I listen to your mixes and productions I hear something of an early 90s trance vibe phasing in and out. What is it about this music you find interesting?

AW: Actually Goa Trance was the first club music I ever fell in love with and started collecting heavily in the mid-90s, coming from a psychedelic rock and punk background. These were my formative years and it played a big role I guess. I like music that has a mystical, ritualistic aspect combined with a certain amount of strangeness.

DT: Can you give us an idea of how the scene is in Greece right now, is it healthy? Who are the local DJs and producers you think we should be paying attention to right now and why?

AW: The scene is small but healthy, a lot of good things happening from people like the Phormix crew. As for producers, I would pick Sawf, really dedicated and worth keeping an eye out for.

DT: How do you see your output as Anatolian Weapons differing from the music you create under your other aliases?

AW: Anatolian Weapons is supposed to be the more world-music, house oriented moniker. as opposed to Dream Weapons which was reserved for the harder acid/EBM stuff.  Industrial influences keep creeping in to my work as Anatolian Weapons though, so I guess I’ll go with the flow and see what comes out of it.

DT: One of your tracks was selected by Lena Willikens to feature on her recent Dekmantel selectors compilation. How did this come about and how did it feel to have your music chosen by such a respected DJ to be released on such a successful label?

AW: It was a great honour and pleasure, I had known Lena was playing my older Fantastikoi Hxoi stuff via Steffen Bennemann, who organises Nachtdigital. It was Steffen who eventually brought us into contact with one another. I like Lena's taste in music and the way she plays records is extraordinary. Also the guys from Dekmantel are doing a great job, obviously.

DT: You’ve constructed a beautiful two hour voyage for our podcast, it really takes you places. Can you tell us the idea behind the mix and how you put it together?

AW: It's just records I've been enjoying the past year, some old, some new. All honest.

DT: If you could choose to collaborate with one artist, alive or dead who would it be and why?

AW: I'm really lucky to be already collaborating with an artist I really like: Alexis Le-Tan.Alexis is a great digger with impeccable taste and a fantastic DJ. His ''Audible Visions: A Spaced Out Musical Ceremony'' mixed cd is still one of my favorite mixes of all time. Let's see how that goes.

DT: What’s next for Anatolian Weapons, do you have any records planned for release soon for example?

The next release is a collaboration with a Greek psych folk songwriter called Seirios Savvaidis, his original material blew me away. It should be out on Beats In Space sometime in 2019. I feel really honoured and happy to be working with Tim Sweeney, another big influence.